CBCP on items with misleading messages

Posted by Berto on December 30, 2014
Posted in: Papal Visit. Leave a comment 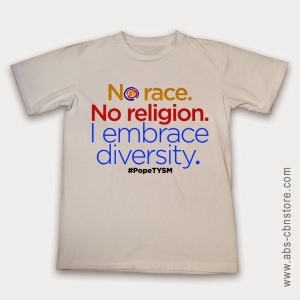 The CBCP has been apprised of shirts now vended apparently in preparation for the Pope’s visit. While the words in the shirt attempt to convey the openness of the Holy Father, the phrases “NO RACE NO RELIGION” are definitely misleading and quite frankly erroneous.

Pope Francis is aware of the fact that he heads an organized religion with a vast membership throughout the world. He is also as aware that race forms part of the identity of individuals and of peoples.

We urge our Catholic faithful NOT to patronize items with misleading posts and statements.